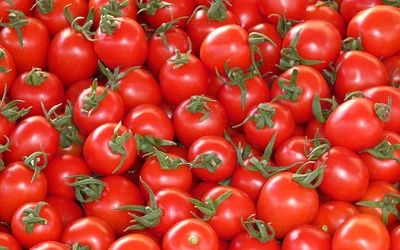 I’ve been looking into starting a garden for several reasons: I live in an area where we just don’t get really fresh fruits or vegetables very often, unless you buy from the farmers themselves. However, most of the farmers are 20-30 miles from our house, which doesn’t make for a convenient trip. Also, they tend to grow mainly cotton & milo, so there aren’t a lot of options there. Then there is the cost of the (usually picked waaay too early) fruits & vegetables in the grocery store. I’ve seen cherries for between $5.99 and $9.99 a pound in season. Tomatoes normally run $1 to $1.50 each. Even zucchini & cucumbers are kind of pricey, which seems unbelievable to someone with vivid memories of being unable to GIVE them away in the Midwest. These expensive fruits & vegetables aren’t always safe either, as I learned after a recent bout of food poisoning that I’m pretty sure was caused by some strawberries. Finally, there is the environmental effects of shipping all those foods. What we choose to eat really makes a difference, both in the short & long term.

So what’s been keeping me from starting a garden? Leaving aside my reputation for having a black thumb, mainly it’s a lack of education. I don’t have the slightest idea of when planting season would be in my area. I checked out a packet of Roma tomato seeds, and the directions on the back tell me to plant in early fall for winter harvest. Do they mean fall as in when the rest of the country usually thinks it’s fall? (September? October?) Or fall as in whenever it finally cools off here? (December? February?) And what if I want to grow them indoors in a container? Sorry, this post is full of questions.

I do believe that gardens can save you money, and even if they do turn out to cost more than I think, the fresh and safe food will make it worth it. So I’m going to give it a shot, starting with some tomatoes. If you’re interested in doing the same, here are a few related links: